Not All Doom And Gloom For Arsenal 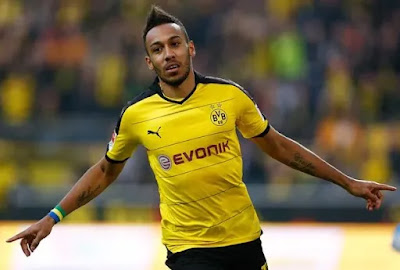 After a new year which started with a gentle undercurrent of trepidation from Arsenal fans, they can now find solace in the fact that, not only is the club not in complete disarray, but perhaps, better off. While Alexis Sanchez and Olivier Giroud left The Emirates, both Henrikh Mkhitaryan and Pierre-Emerick Aubameyang arrived to the delight of the Arsenal faithful. Moreover, Mesut Ozil's contract extension meant it was smiles all round at The Emirates.

As much as Arsenal fans reluctantly admitted it, Sanchez simply had to leave due to the hostile nature that was being stirred up in the changing room. No man is bigger than a club and the detrimental effect that Sanchez' insatiable demeanour was having on the rest of the team was more than it was worth.

Mkhitaryan was brought in as part of a swap deal, which was a sufficient replacement in many regards, but perhaps didn't provide the same game-changing ability that Sanchez possesses. This forced Wenger's hand into doing something he often shies away from - spending copious amounts of money.


Although not turning heads as much as he was two or three seasons ago, Aubameyang is still very much a desirable player for many top European clubs - hence his £60 million price tag. His raw pace and natural scoring ability give him that edge that make him comparable to players such as Sanchez.

Although Giroud effectively left to complete the striker-triangle involving himself, Aubameyang and Batshuayi, it is a move that will benefit him as his presence on the Arsenal bench was becoming an all too familiar sight.

Mesut Ozil's contract extension comes as somewhat of a surprise as it was often believed that if Sanchez were to go, that Ozil would soon follow suit and also pack his bags. It was also important to maintain his services as it makes Arsenal an enticing club for reputable players.


Arsenal have been the league's dramatic underachievers in recent seasons as their team, on paper, often leads the spectator to expect a consistent and dominating side, but this hasn't always been the case. While the arrival of Aubameyang and Mkhitaryan are welcome, it remains to be seen if Arsenal can now excel on the pitch.
Posted by Neil Walsh at 4:21 PM 6 comments

No Signs Of Stalling From Rampant City 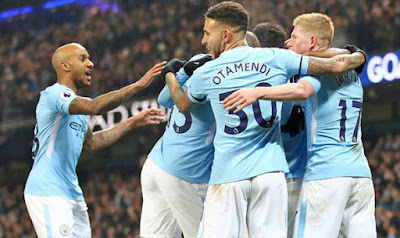 Manchester City augmented there prolific winning streak by beating Tottenham 4-1 at a foggy Etihad Stadium. The win made it sixteen premier league wins on the trot and, in all honesty, it was never in doubt. Although City had to wait until late on to really seal the win, they were dominant throughout with Tottenham being unable to muster any sort of purple patch.


City entered the match on the back of some tough affairs as teams tried to contain the flair and pageantry of Manchester City's formidable attacking prowess rather than take them on toe-to-toe. Even their bitter rivals United had to play quite a cautious and reserved game in an attempt to get a result.

In a lot of these games, City have managed to come up with late winners which is perhaps more impressive as it is indicative of a championship winning side - the ability to win even when you aren't playing your best.

Tottenham came out and tried to play City at their own game, which in fact, was a delight to see. They pressed high and played open, expansive football but this left them susceptible to the dangerous City counter-attack. Although the goals weren't coming for City, it was always a question of when and not if.

Gundogan scored from a corner after sauntering into the box unmarked to give the league leaders a 1-0 lead going into half time. After the break, City were vying for that coveted second goal to kill off the tie. City's talisman, Kevin De Bruyne, popped up minutes after being on the receiving end of a nasty Deli Alli challenge to smash the ball past the helpless Lloris. Two goals from Sterling made the scoreline more flattering towards the hosts, but perhaps deservedly so.

Erikson scored deep into injury time but this of course was only a consolation. Pochettino's side were ultimately playing second fiddle to City throughout, but they're not the first and they certainly won't be the last.
Posted by Neil Walsh at 2:50 PM 0 comments

Flamini Potentially On His Way Back To Arsenal

Mattheu Flamini could be on his way back to the Emirates after training with the Arsenal side for the past two weeks. Flamini, 29, is looking for a new club after being released by AC Milan this summer.

It had been reported that Arsenal had had a bid rejected for Newcastle's Yohan Cabaye after making a £10 million bid that was described as 'derisory' by Newcastle.

So if Arsenal fail to land Cabaye, I can see them turning their complete attention to Flamini. Flamini is only in his late twenties so should have a few years left in him making the potential signing an appealing one.

Flamini, who left Arsenal back in 2008, had impressed in his last few years in London and became a favorite amongst the Emirates faithful. I'm sure all there would welcome him back even though he isn't the marque signing the fans want.

What do you think? Will Flamini make his way back to Arsenal?

Feel free to leave any comments you may have.
Posted by Neil Walsh at 10:07 AM 5 comments

Everton show little appetite to sign Joey Barton despite his willingness to accept a 50% pay cut. Barton had taken to his twitter page to express his desire to move to Merseyside by tweeting 'Once a blue...'. 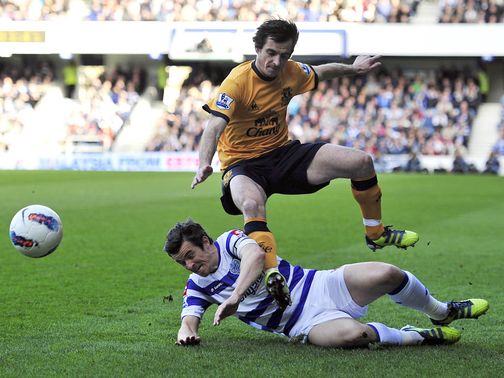 Barton, 30, had played his football with French side Marseille last year after QPR sent him out on loan after being given a 12 match ban at the start of the season.

Now that his loan spell is over, Barton wants his agent to manoeuvre a move to his boyhood team and make his wish come true. If only it was that easy to get a contract with the team you supported as a child, many men would be happy.

Unfortunately, however, Everton aren't as keen on Barton as he would have hoped and don't seem too rushed to make any offer for the midfielder.

Neville Southall has stated his opinion on the matter by saying 'Yes he is fit and runs up and down all day but Forrest Gump did that as well didn't he?'

What are your thoughts? Will Barton be a Everton player next season?

Feel free to leave any comments you may have.
Posted by Neil Walsh at 2:12 PM 1 comments

Real Madrid have increased rumors that Xabi Alonso may be on his out of Real Madrid after it is believed that they are weighing up a bid for Real Sociedad's Asier Illarramendi. As many would have guessed, Chelsea seem to be the most keen on the former Liverpool midfielder. 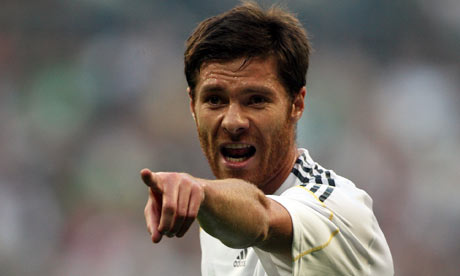 Xabi Alonso, 31, has been at the Bernabeu for four years now since moving from Anfield. Alonso and his representatives have held talks with Madrid but are yet to reach a deal regarding his future at the club.

It is also believed that Liverpool are hoping for the re-signing of Alonso, a player who did such great things at the club.

The Summer has only begun and this story could take many twist and turns before the end of August but I can definitely see the return of Alonso back to the Premiership. Whether it's Chelsea or Liverpool, I don't know though. A reunion with Liverpool or a reunion with Jose Mourinho at Chelsea?

What do you think? Will Alonso be in the premiership next season?

Feel free to leave any comments you may have.
Posted by Neil Walsh at 1:26 PM 0 comments

PSG And Chelsea to Fight Over Cavani Signature 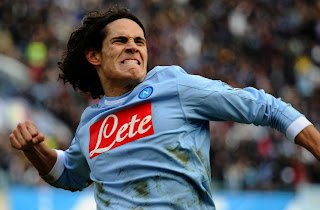 Edison Cavani, who  is hot property this summer, is now involved in a tug of war between PSG and Chelsea. The Uruguayan, who currently plays his trade at Italian side Napoli, has a £54 million buy-out clause in his contract.

Cavani, 26, has been sought for some time now, but this summer seems to be the time when one of many top European clubs will get their wish and land the striker.

Of course, you can't rule out other top European clubs, with Manchester City believed to have made an offer but like others were reluctant to reach the £54 million that is being asked.

What do you think? Where will Edison Cavani be playing his football next season?

Feel free to leave any comments you may have.
Posted by Neil Walsh at 10:40 AM 1 comments 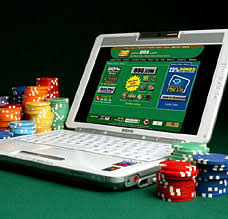 There are many things that can make watching football more enjoyable, upgrading to a HD TV is a simple one that is now more affordable than ever. Another way for those with the best viewing experience already is to put a bet on the game you are going to watch. This will allow you to be more invested in the game and really get excited if your club is about to win. This is easier to do than ever before as you can now place bets online at many of the most reputable betting company’s websites. Even if you are out and about you can still place a bet using your mobile phone as they have also developed mobile friendly sites and apps.

As it is now so easy to place a bet on a game many betting and online casinos have gotten a lot larger rather fast in order to keep up with the demand of people wanting to place bets and play casino games online. Casino Online is one of these online casino sites that have been very successful in their ventures online and so there have been rumours that they would like to start sponsoring a football club. This is not uncommon as many betting and casino companies have taken this jump in order to help their brand awareness while also helping a club to grow.

Best Casinos online at CasinoOnline.nz is an online casino that have many people trust due to their years of service and massive range of fun to play games. Sponsoring a football team would not be such a farfetched thing for them to do as they do actually have a variety of football based games for people to play. As well as this though you will find great service and the ability to play many of the games for free before you decide if you want to put some money down.

For football jerseys at affordable prices go to maxxsoccer.com

Get the latest free betting offers from freebetting.co.uk